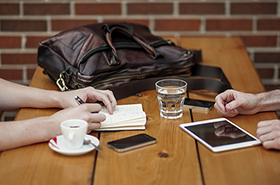 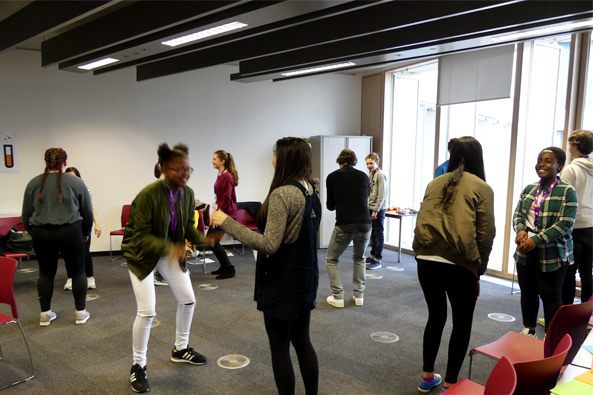 Sharing Design Thinking techniques with young people offers them the potential to solve specific problems, gain new skills, and prepare for the demands of the future workplace. But it also reveals a dilemma at the heart of our thinking about creativity, says PR Network Senior Associate and University of Greenwich lecturer Ezri Carlebach.

Sir Ken Robinson’s iconic TED talk, Do schools kill creativity, has been viewed more than 42 million times since it was uploaded in 2006, making it the most-viewed talk in TED’s history. Ten years on, it is still relevant, punchy, and very funny. One of the things Sir Ken talks about is what he calls “the really extraordinary capacities that children have – their capacities for innovation.” It is by now a truism to say that children are innately creative, and that their innovative capacities enable them to see – and say – things that adults can’t. Sir Ken provides an amusing anecdote to illustrate this. A six-year-old girl is happily drawing something at the back of the class one day. The teacher asks her what she’s doing. “I’m drawing a picture of god,” says the girl. “But nobody knows what god looks like,” says the teacher; to which the girl replies, “They will in a minute!”

It is also widely known that our belief in our own creative and innovative capacities declines as we go through the school system and on into work – even if the capacities themselves don’t. So the growing interest in design thinking in business and other settings is understandable, because Design Thinking taps into creative capabilities and directs them towards innovative outcomes. But would the process or the outcomes be the same if we taught children to use design thinking techniques? Gigi Read is a former Developer Enthusiast at SAP, where she organised hackathons for the SAP Developer Center, and now runs Tnkr, providing after-school creativity and problem-solving workshops for 8 to 12-year-olds. She is also a mother of two young daughters, who were finding school increasingly challenging.

“School seemed very difficult for them, and it felt like they were just being fed information through a fire-hose,” says Read. “They got no context with why they were learning what they’re learning, and it was getting very frustrating. So then I thought, why don’t I see if I can make it more fun?”

Read began putting together techniques from the hackathon and human centred design work that she had previously done at SAP. She wanted to see if these approaches could help her daughters and their classmates make schoolwork and other challenges more engaging. “They really don’t have the opportunity to solve problems. Math problems are one thing, but really thinking about solving simple life lessons, life problems, is something else. Like, ‘I want to have a snack and I have an Oreo cookie and then I dip it in milk and it falls apart!’ That’s a problem!” 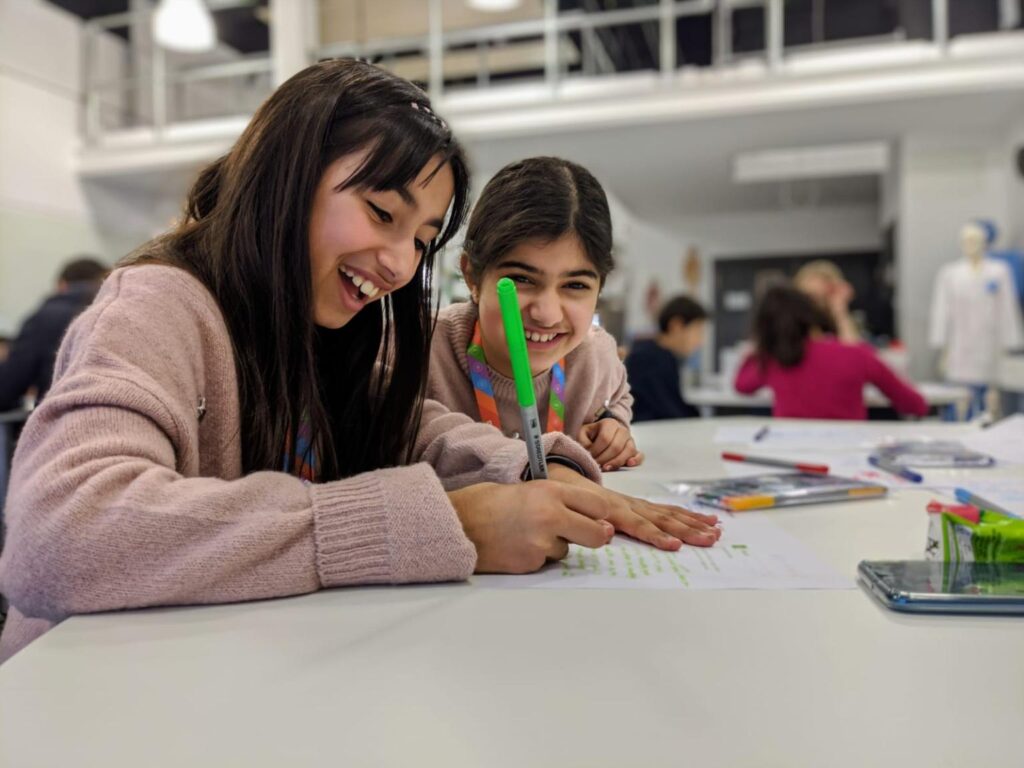 Photo from the Design Club

She got in touch with the City X project, an educational programme drawing on Stanford Institute of Design’s six-step process for Design Thinking and creative problem solving, and followed their instructors’ course to help focus her creativity coaching skills on the needs of young people. Read tested her new workshop at her younger daughter’s school, and the response was so overwhelming that she began regular sessions. Echoing Sir Ken Robinson, she says “my goal is to spark curiosity because right now school is killing it.” However, she’s quick to point out that there is no intention to replace core curriculum. The City X resources include specific guidance on aligning Design Thinking activities with core curriculum requirements. Citing a study predicting that 65% of today’s school children will do jobs that don’t yet exist, Read adds, “it’s even more important for our children to get very strong ‘soft’ skills – communication, collaboration, creativity. I’m not saying that school is bad, I’m saying that school does not sufficiently motivate children in these areas. These are the skills that form the core of the workshops I’m running.”

Like Gigi Read, Julisa Tambunan is a fan of the City X project, and an advocate of human centred design. As Director of Girl Effect University, a project of international development agency Mercy Corps, Tambunan is leading an initiative called GirlSPARKS, which facilitates field teams and other groups to apply design thinking in their programme design and implementation process. “We call it girl centred design,” says Tambunan, stressing that it’s part of wider human centred design activities Mercy Corp use to “elevate the voices of youth, their ideas, and the potential for change.”

Again, her views are similar to Read’s when it comes to the limitations of the prevailing approach in most education systems (she mentions Finland as an exception). “Basic education includes literacy, numeracy, and other transferable skills, and the evaluation process is exhausting, it’s standardised, and it doesn’t take into consideration the uniqueness that every child brings,” she says. “Girl Effect University uses sport, arts, music, and dance to teach life skills to children and young people. Experiential learning is proven to be more impactful than regular classroom teaching.” In that vein, she’d be keen to see some empirical evidence for the impact of design thinking in schools. “Since I’m a data driven person, I think what we need is randomised control trials to compare regular schools with schools that teach design thinking for kids. That way, we can see if there’s a difference in levels of intellectual development and learning outcomes.”

Tambunan has an additional angle because of her training as a child and adolescent psychologist; one that hints at a dilemma at the heart of the creativity question. Our assumption is that the youngest children have the strongest curiosity and creative tendencies. School, as we have seen, tends to suppress that curiosity, corralling children into a regime of standarised testing and evaluation.

Therefore, the dilemma is that if we try to re-ignite children’s curiosity with Design Thinking, are we doing it with an approach we have developed, as curiosity-suppressed adults, to deal with issues in the adult world? If so, what impact will that have on children’s innate capacities? Tambunan has her doubts, particularly for children under the age of ten. “It’s going to be really challenging to teach Design Thinking principles or methodology to them, since they’re still in the concrete operational development stage,” she says, but adds, “teaching them specific techniques, though, would be great.” 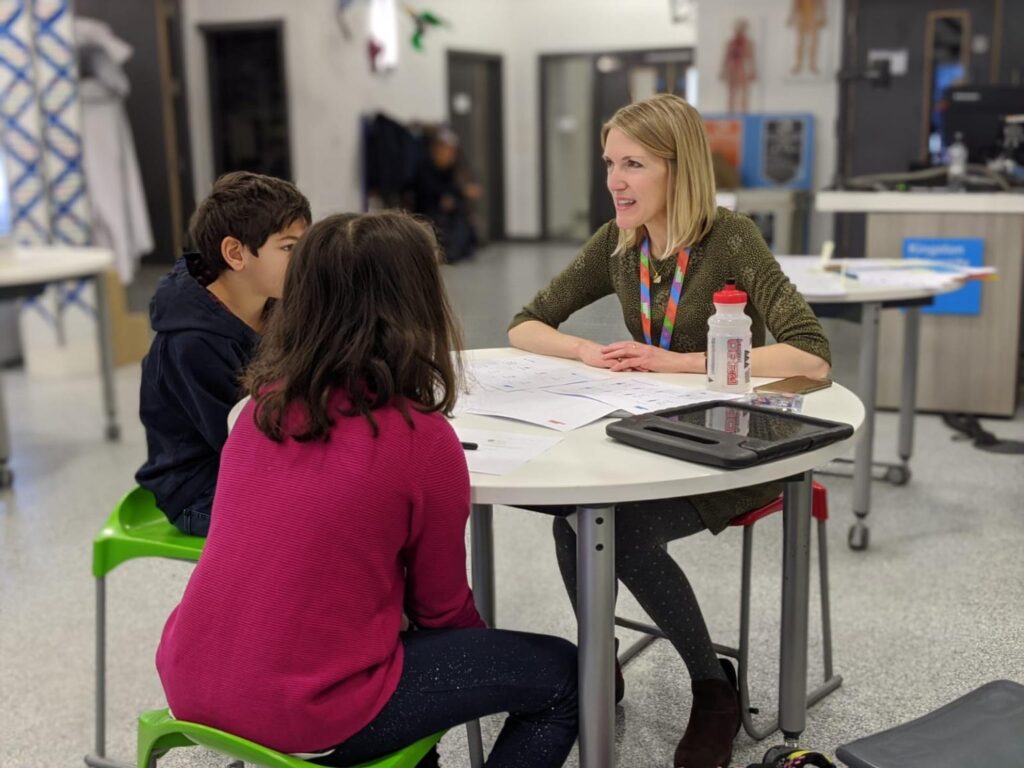 Gigi Read’s workshops also focus on specific techniques delivered through fun activities, such as the Great Egg Drop Challenge, where children are given materials and have to build something that allows them to drop an egg from 10 feet without breaking it; and the Electric Motors Catalyst kit, which can be used to build various simple machines. The machine aspect is important to Read. “In addition to teaching Design Thinking with these kids I teach scratch programming. It’s a free programming language from MIT,” she notes.

Getting children working together and building on the strengths of each other’s talents is also key for Read. “Another workshop I do is called Finding Your Drive, it’s about finding your leadership style. The kids take a quiz, and at the end of the quiz they can determine who’s an organiser, who’s a thinker, what are the different styles a team needs.” However, she’s very much aware of the difficulties that can lead to, and is careful to avoid backing the children into unnecessary corners.

For instance, she points out that “once you get a girl who’s pretty strong and you pair her up with a boy who’s also strong, the tendency is for one of them to just go away and do something else.” Nevertheless, there is an important message about the value of diversity that comes through in these workshops, and Read is often told by the parents of her workshop participants that they have emerged more confident in themselves.

It seems that there’s an exciting opportunity here. If we pitch elements of Design Thinking correctly at different developmental stages, we could build a cohort of future Design Thinkers who will take the whole methodology forward in innovative and surprising ways. Maybe we should also have creativity workshops in which the children teach the adults. Sir Ken might approve of that. 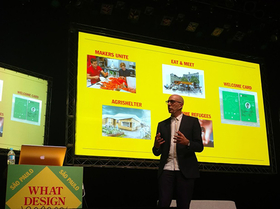